The Women @ the Center is an Oxfam project initiated and managed by the EJ program team in coordination with the Oxfam Mindanao Project. It is a 12-month project that started in May 2010 and will last until April 2011.

Two partners in CARAGA Mindanao project site were chosen for the project. They work with women engaged in sustainable livelihoods, one in the agricultural and one in the fisheries sector. These partners have identified climate risks and observed climate-related impacts on livelihoods, and are actively engaging their respective local governments.

The project aims to develop at least two models of gendered adaptation strategies in agriculture and fisheries; and secure budgetary allocations for gender-responsive adaptation programs. Its critical activities include:

Two PRA tools were used for the VNA study; the Historical Time Line used with women participants and the Seasonality Calendar with the men participants. Recall of extreme events was the heart of the discussions in the Historical Time Line, with probing questions on the impacts of the extreme events on women and men. For the seasonality calendar, on the other hand, listing of crops or major products and the activities relative to their production and when are these products produced were done. Probing questions on the role of women and men in the production process, impacts of changes in climate in the production of these products will be added to the discussions.

In addition to the PRA tools survey questionnaires were also used to interview around 20 (10 males, 10 females) community members in each sitio. 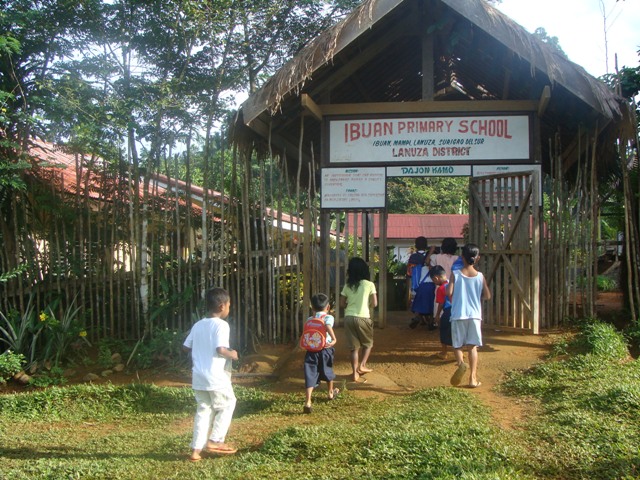 Sitio Ibuan is one (1) of the nine (9) settlements that composed the Manobo- Mamanwa Tribe ancestral domain claim. It is dominantly populated by Manobo and Mamanwa Tribes. About 62 households communally owned the ancestral territories of Sitio Ibuan. Maximum household size is 12 while the lowest is 2. In the census conducted in 2008, average household size is 4. The total households represent 9 major clan claimants only.

All people in the community earned a living from farming following their traditional shifting cultivation farming system. Off-farm income is derived from production of non-timber forest products, weaving and basketry, farm labor and timber poaching. Based on the survey conducted in July 2010, 40% of the household have an income contribution from off-farm sources of more than 50% (51%-92%).

Each household maintains average landholdings of 3 hectares of farmlands. Parcels of land used for residential purposes are communal possession of the community. However, as of the moment, each household only maintains an effective cultivation area of 1.0 hectare.

Sitio Ibuan is situated in the southern upland and forested area of the Municipality of Lanuza. It can only be accessed through an abandoned logging road that stretched 17 kilometers from highway junction (Agsam crossing). The entire territory spans 10,603.32 hectares of dominantly sloping lands. 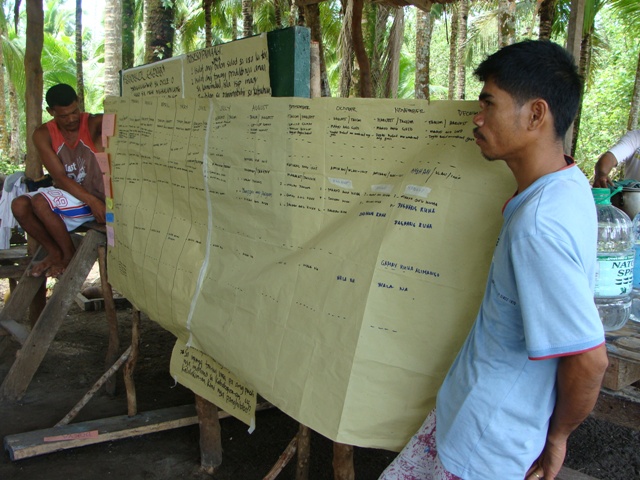 Sitio Mahaba island is around 20 minutes by boat from the mainland. The fishing gear commonly used by fishers in Mahaba Island include single nets, hook-and-line(bingwit), spears (pana), and a variety of fish traps. All fishers in Mahaba are marginal fishers using small boats or baroto.

Summary of the VNA Results and Perceived Causes

The summary of Vulnerabilities and Capacities, on the other hand, is shown in the following table:

Yuha Tu Banwa- an indigenous way of food stocking. The women who run the food bank buy the abaca fiber and pool them until they gather a substantial volume that is enough to justify the cost of transporting them to the market. In 2010-2011 the community bank’s buying price for the same fiber quality is PhP44/kilo while the intermediaries’ price is only PhP18/kilo. Half of the proceeds is paid cash while the other half is exchanged for food. A compulsory 5% savings is taken which may be withdrawn by year-end. About 60 households are now participating in the scheme.

Ò 1 unit of pumpboat – for transport in times of emergencies As shown by the data and information from the three research areas, women are vulnerable due to time and economic poverty, as well as limited involvement/ participation in community management, and these vulnerabilities are exacerbated by climate change through intensified need to engage in livelihood coupled with need to address other emerging concerns in the reproductive sphere, e.g. health, food and well-being, including security of settlements.

However women also have inherent capacities to adapt -they have knowledge of existing resources and have the capacity to manage these resources (e.g.WMAs); they are organized (or can be organized); have expertise not only in productive work but also in reproductive work like health/caregiving. Adaptation strategies should therefore include building on the capacities of women through their involvement in community governance.

Adaptation strategies to be meaningful for women, should address both their productive and reproductive concerns such as livelihoods, food security, health and general well-being